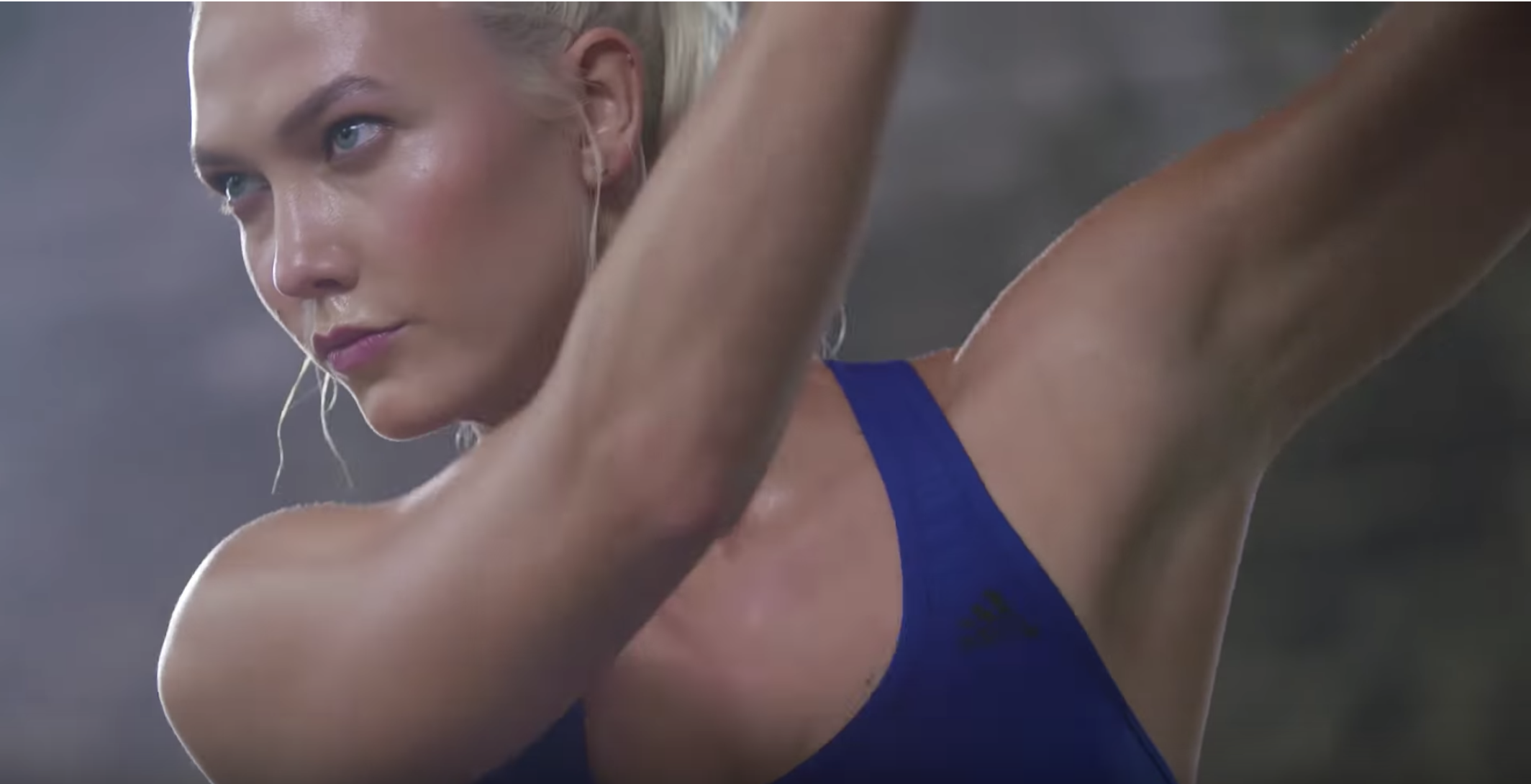 BSMH– How was this Alpha Skin Shoot different from the rest of the Adidas shoots in 2017.
Jorge – This shoot was the second time in 2017 working with Karlie Kloss, it’s funny she’s always so interested in the camera equipment I’m using. She always asks about the DJI RONIN and Sony FS7 setup, and if you know anything about her she is a programmer and loves to work on her own videos. These days she is on every magazine cover you pick up.
BSMH – How does a shoot like this usually go?
Jorge – Well it’s crazy how much preparation goes into shooting what you see on screen. We usually do a test run the day before and figure out lighting, each shoot consists of two photographers and one videographer so using strobes is kept from minimum to sometimes not used at all. This is always tough because you know that photographers love their strobe action.
BSMH – So how does shooting with two photographers work, do you take turns?
Jorge – Take turns??? HAHA NO! We are crawling over each other, the main goal is for the photographers to get their shot and I’m like a ninja in the background. The key is communication communication communication, I have been so thankful to work with three amazing photographers Coty Tarr @cotytarr, Corey Jenkins @coreyjenkinsphoto and Joe Gall @camera_jesus. There are times when Joe was on his stomach and I was standing over him with a super heavy gimbal doing jib shots. It get’s so crazy bet the adrenalin is the best part.
BSMH – Adrenalin? You’re just filming some clips, how hard can it be?
Jorge – We usually only have 1-2 hrs with the talent, and you mess up and miss a shot you may have just destroyed the outcome of the whole campaign direction. So think of it, one chance to get what the client will use to market all over the world.
BSMH – All over the world? Is that what you shoot for?
Jorge – Yes, it’s so crazy!!! Videos like this one are seen globally, by millions and millions of people, some days I have slap myself in the face and say this is my real life. I can’t say I didn’t dream of this over and over again.
BSMH – So what was the hardest part of this shoot?
Jorge – Making sure that I don’t lose track of the direction of the shoot while directing my assistant at each shoot.
BSMH – Wait, you said you’re the only videographer?
Jorge – Yes I’m the DP/Cinematographer, but I always bring an assistant with me. Rather than having them do bitch work, I like to get them involved. It’s a way to give someone an opportunity and if they get a few fantastic shots that I missed we have something amazing to work with and it was all worth it. Plus I like having people I love around, to me it’s all good that we are involved in this industry but family is the key to success.
BSMH – So, what gear do you work with?
Jorge – I’m a gear nerd to start off with, so I’m one of those guys that will drop cash on the latest and greatest as long as I know there are projects lined up. I own two Sony FS7 – one for sticks and one for gimbal setup. I truly love the versatility of this camera and the color profiles are so unlimited that it lends itself to any situation. This camera is so great in low light that it’s perfect for Adidas and every shoot.
BSMH – So what else can you add to this?
Jorge – Ok, this is going to sound crazy. I would say believe in your abilities, believe in your vision and believe in your dreams. Do not ever let anyone crush your goals, and learn to fall over and over again but get right back and dust it off.